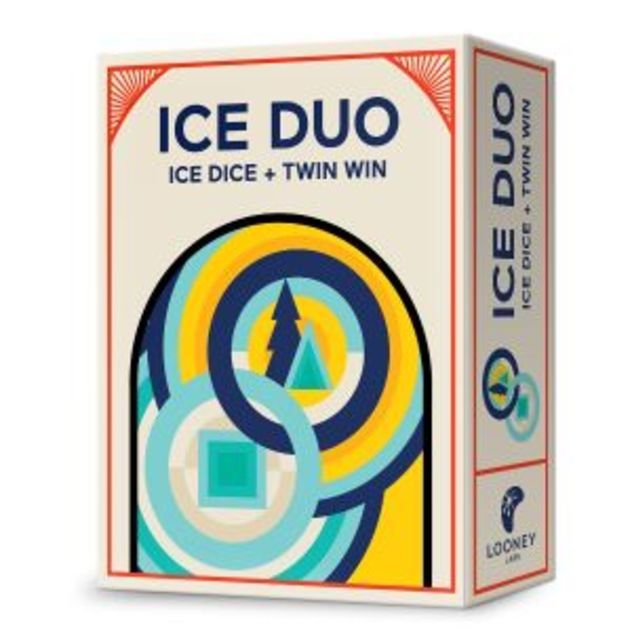 Ice Duo is a collection of two "pyramid" games: IceDice and Twin Win.

• Twin Win is played on a 3x3 grid, with players trying to match stacks of pyramids to one of two goal cards revealed at the start of play. Players have two ways to win, ergo Twin Win.

• IceDice is a press-your-luck game in which you want to complete three matching sets of pyramids by rolling dice; if you can't get the pyramids you want from the bank, you can possibly steal them from your opponent.