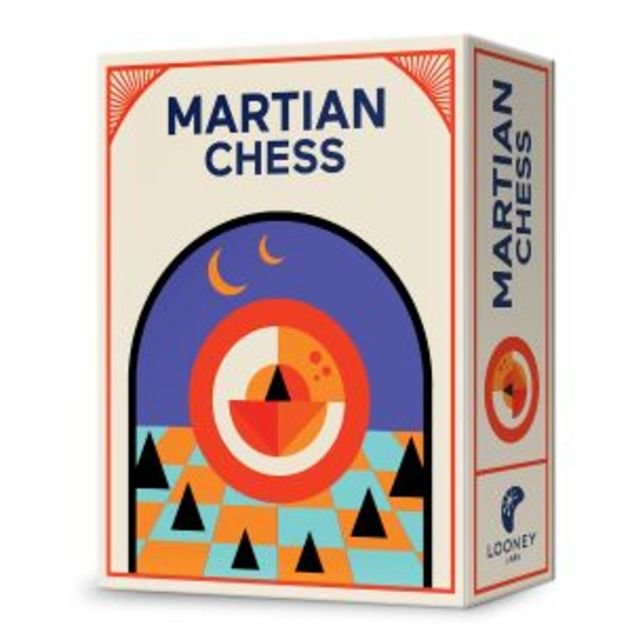 Martian Chess is a fast and easy to learn Chess-style game with a difference that really makes you think: ownership of pieces is determined not by color, but by location on the gameboard. For this Kickstarter Exclusive edition, we are creating a new color, Chrome Silver, and since color has no meaning in this game, all 6 trios in the set will be of this new color.

Martian Chess is a 2-4 player game that uses Icehouse pieces, requiring one stash per player, and a chessboard. It was one of the games included in Icehouse: The Martian Chess Set and Pyramid Arcade.

Much like its namesake, Martian Chess is a game of capturing pieces. Like Chess, Martian Chess is turn based, and played on a chessboard. In both games, players move and capture individual pieces, and each type of piece has distinct moving rules.

However, Martian Chess differs from Chess in critical ways: